On Monday, April 22, LIM welcomed actor Gbenga Akinnagbe, probably best known for his role on “The Wire” on HBO, for the College's Fashion Media Speaker Series. He discussed his apparel company, Liberated People, which raises awareness of injustices happening around the world.

Gbenga Akinnagbe left his job as a legislative assistant for a federal agency the same day he was offered a full-time position at the Shakespeare Theatre Company in Washington D.C. It also happened to be the same day his father passed away. And this is just one of the remarkable parts of his personal journey.

On Monday, April 22, LIM College welcomed Mr. Akinnagbe, probably best known for his role on “The Wire” on HBO, for their Fashion Media Speaker Series. Akinnagbe shared with the audience his journey from wrestling at Bucknell University, to study political science, to acting, to today, as he now manages an apparel company, Liberated People, that raises awareness of injustices happening around the world. 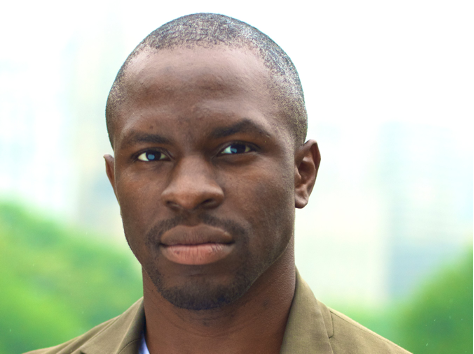 Akinnagbe was motivated to become an actor after a conversation in which he asked a coworker how a friend got into acting. The coworker politely dismissed the idea that Akinnagbe could do it, too. “It sparked this fire,” Akinnagbe said at the LIM event. “[I wasn’t] trying to become an actor, but I just started learning as much as I could, and one thing led to another.” So, let’s thank this coworker for motivating Akinnagbe into the world of acting, which gave him his platform to be an activist. “I act in order to be active, to be an activist,” he said.

Addressing his upbringing and commenting on the world at large has always been an important task for Akinnagbe. I think it’s safe to say that if Akinnagbe wasn’t an actor, he probably would have still found a way to start Liberated People. “Everyone’s always in a position to address [injustice],” he said. 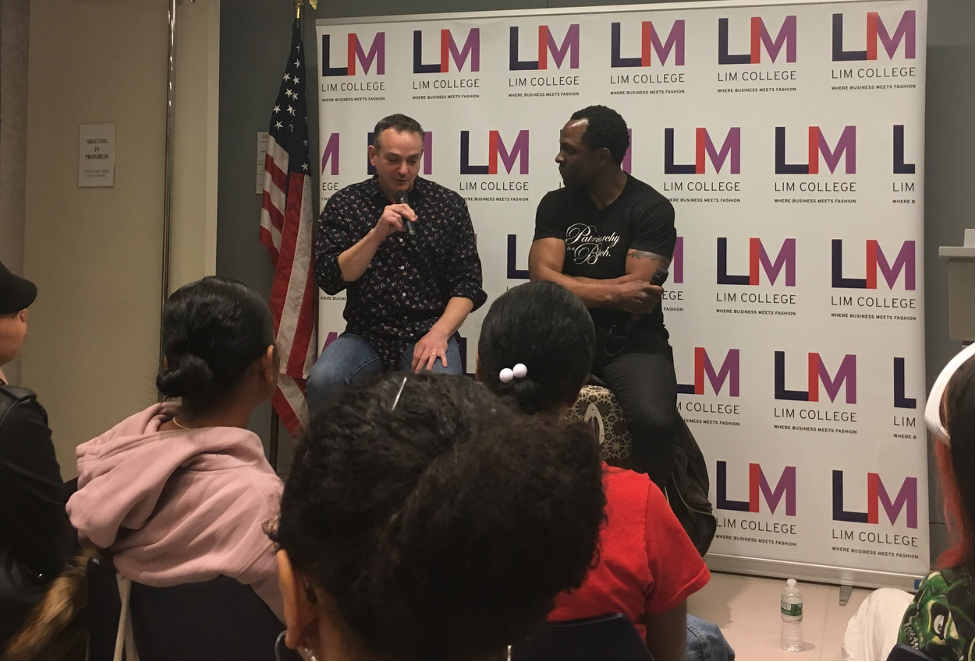 The conversation with Akinnagbe was led by Professor Andrew Cotto from the Arts & Sciences department.

Akinnagbe chose to use fashion as a tool to, “open the door to have difficult but important conversations.” After all, everyone wears t-shirts. “Liberated People is a lifestyle brand designed to inspire people to act,” he said.

Clothing and fashion are a great outlet for people to express who they are and, in some cases, what they stand for. That is why so many of us go to LIM—we love that fashion gives people the opportunity to express themselves and help others do the same. And that is the exact message that Liberated People wants to share with the world.

You can go see Akinnagbe in To Kill A Mockingbird on Broadway (before November!),and you can also buy Liberated People items through the To Kill A Mockingbird merch store. A portion of the proceeds will go to the Trayvon Martin Foundation, Southern Poverty Law Center, and Monroeville County Public Library.

About the Author
Maeve Duke is a student in LIM’s Fashion Media Department. She is currently Creative Director of The Lexington Line and a Computer-Aided Design (CAD) tutor in the College's Writing Center.

Working on The Lexington Line as a Remote Student

Here, junior Kendra DeAngelis speaks about the opportunities LIM students have to work on the College's student-produced Lexington Line magazine, even if they're fully virtual. Kendra herself is a social media manager with the magazine, located in Wilmington, Delaware.