Back to News
Intro Title
LIM senior Megan Marr was selected as the grand prize winner in the 2022-2023 National Retail Federation (NRF) Foundation’s Next Generation Scholarship competition, earning her a $25,000 scholarship.

This award was announced at the NRF Foundation Honors Gala, held on January 15 at New York's Marriott Marquis. Originally from Arlington, Texas, Megan is the second LIM College student in five years to win this prestigious national contest.

The NRF Foundation Next Generation Scholarship is the top honor for students representing the NRF's 100-plus member schools who are pursuing retail careers. The opportunity was created for students who have demonstrated leadership skills, previous retail experience, and a drive to make an impact in the industry.

This year's competition centered around Corporate Social Responsibility (CSR). Participants were tasked with identifying a retailer for whom to propose a new CSR initiative. In the semifinals, the challenge became developing a sustainability initiative specifically for Nordstrom. The final round consisted of interviews with senior retail executives and NRF representatives.

In this video, Megan and her fellow finalists discuss what the Next Generation Scholarship program means to them and speak about their career goals in business and retail.

"This competition is a semester-long, retail centric business project that prepares students for a career," said LIM professor Marla Greene, advisor for the school's chapter of the NRF Student Association. "Megan made the top-10 in this contest last year, as a junior. Persistence pays off. Megan did it again, and this was her reward."

Megan is also part of LIM College’s Fashion Scholars program, which aims to enrich the academic experience by creating new pathways for network building and career development, in addition to offering enhanced one-on-one mentoring. Fellow LIM Fashion Scholar Clay Lute also reached the contest's final round this year, marking the first time the College has had two representatives among the finalist group. 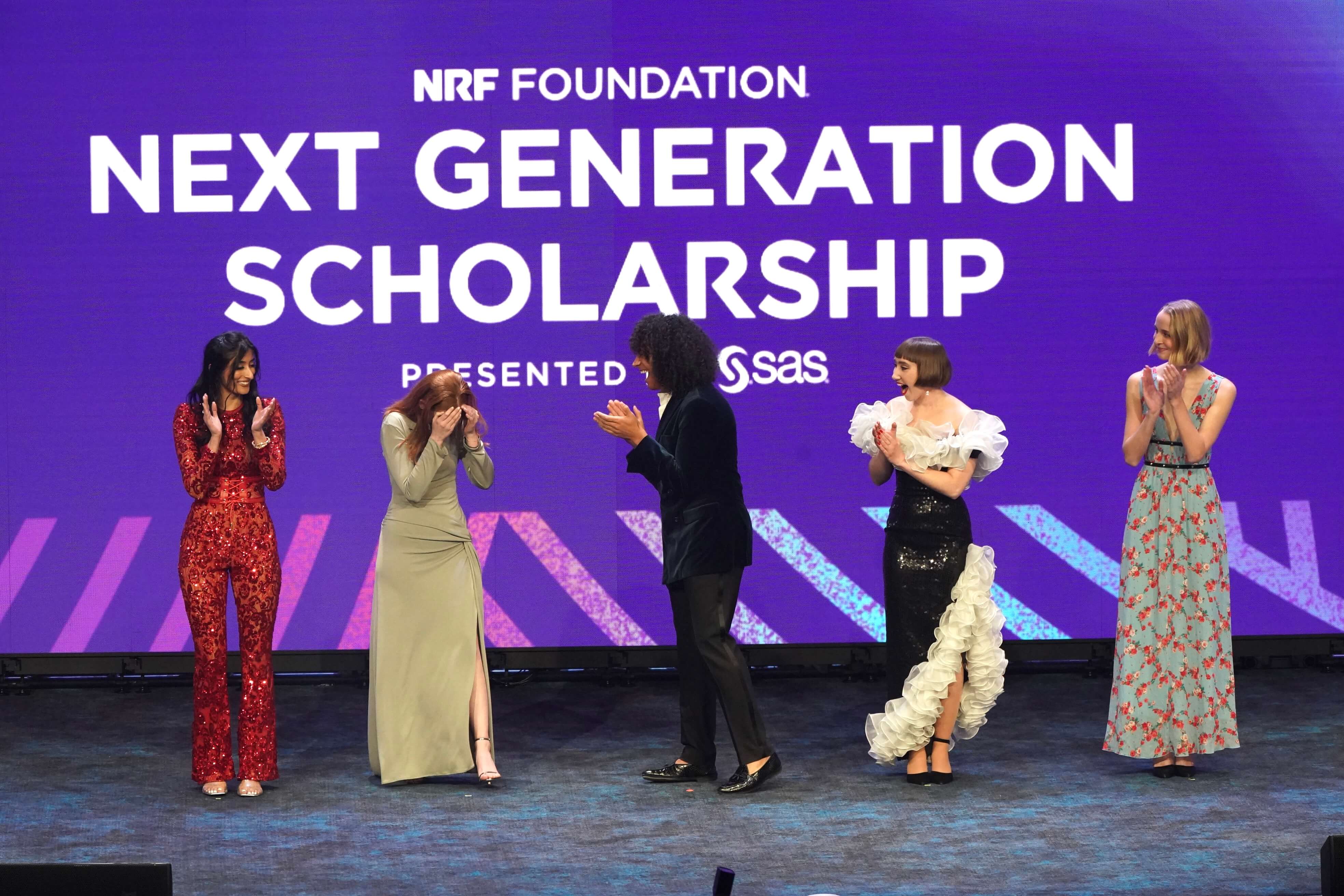 Gail Nardin, ’71 Named to Board of Directors

Fashion Career Advice from the CEO of Talbot’s