For more than 80 years, each of LIM’s presidents have skillfully guided the College to adapt to the needs of both students and industry and maintain our standing as the premier college for the business of fashion. 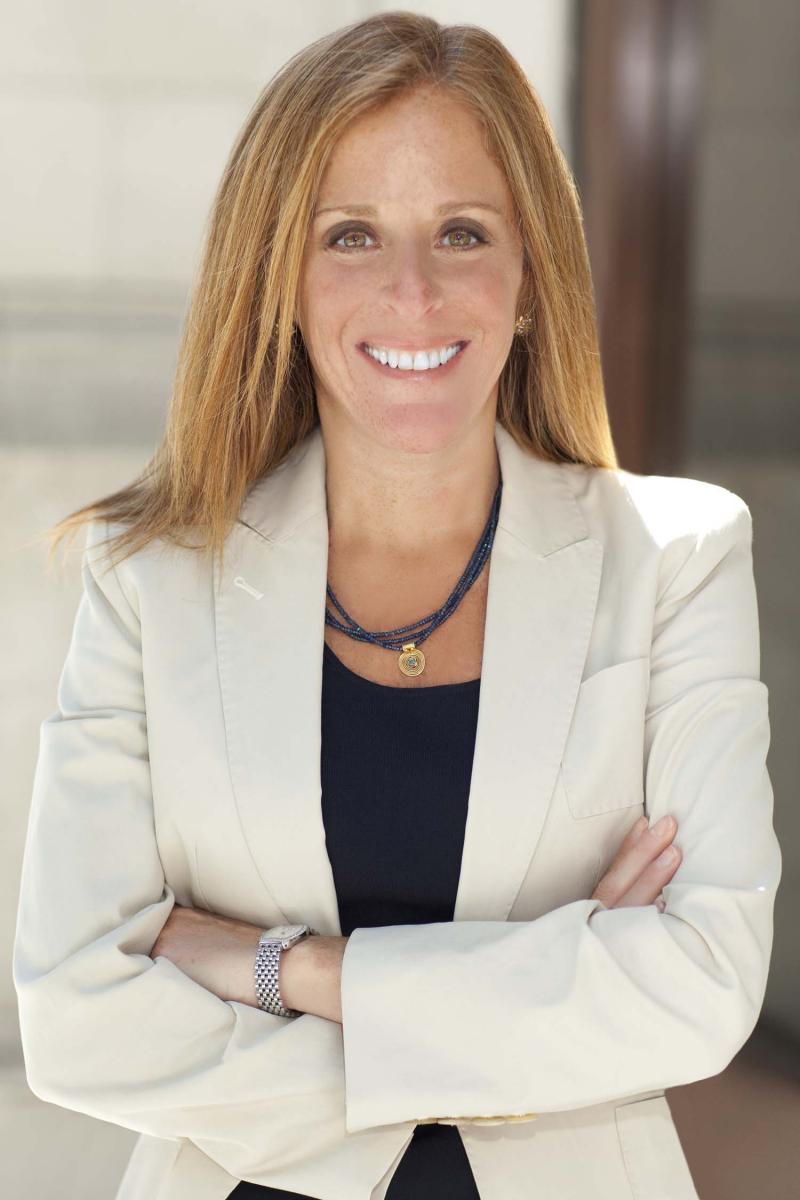 Throughout her tenure, President Marcuse has led LIM College through a period of incredible strategic growth and achievement. Most notably, she has overseen LIM’s ascension to become a master’s degree-granting institution, expanded the College’s range of degree offerings, and worked to ensure that the student body is both ethnically and geographically diverse.

President Marcuse is the Vice Chairperson of the Board of Trustees of the Association of Proprietary Colleges (APC), where she is an active advocate for higher education issues on both the state and federal levels. She also serves on the Advisory Board of Fashion Group International and is a member of the Women’s Forum of New York, an organization dedicated to the advancement of women’s leadership.

In 2014, President Marcuse received an honorary Doctor of Commercial Science degree in recognition of her significant contributions to the advancement of education in the business of fashion, and in 2018 she received BRAG’s Fashion Leadership Award for her outstanding accomplishments in education and commitment to diversity and inclusion. 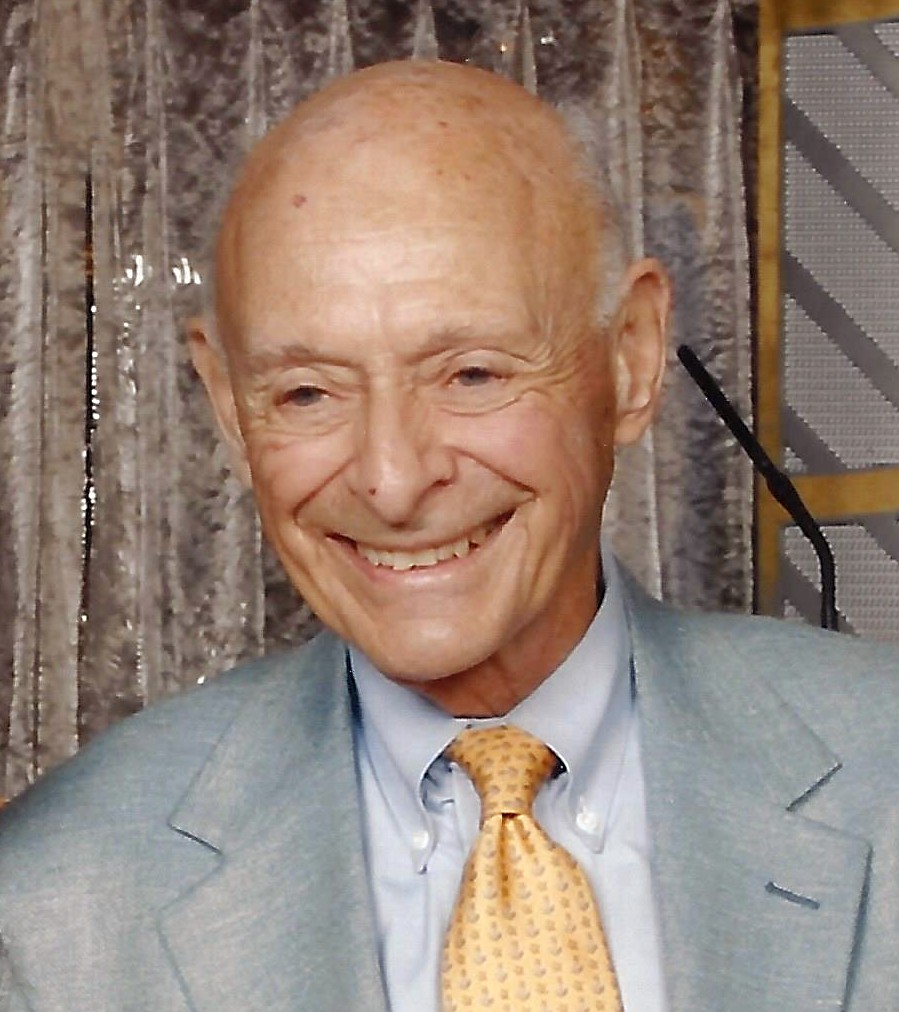 Adrian G. Marcuse began his 55-year involvement with LIM College when, in 1962, he stepped in to help his father Maxwell F. Marcuse, at what was then known as Laboratory Institute of Merchandising (LIM).

Before joining LIM, Adrian attended MIT, graduating in 1942 with a Bachelor of Science degree in mechanical engineering. He then served three years in the South Pacific as a lieutenant in the USAAF, 18th Fighter Group, 13th Air Force where he received an Asiatic-Pacific Theatre Ribbon with Five Battle Stars. After earning a Master of Science degree from MIT in 1946 in aero and thermodynamics, Adrian had a 16-year career in engineering, primarily at Westinghouse. He was also instrumental in early research at United Technologies for what would eventually become supersonic flight.

Adrian didn’t officially take over the title of President until 1972, but he ran LIM from practically the first day he came on board. At the helm of the College for the next 40 years, Adrian had the vision to take it from a one-year, all-female certificate program to an associate degree-granting institution, and then finally to a co-ed, Middle States-accredited college offering bachelor’s degrees. Adrian’s perseverance in pursuit of these goals transformed and elevated students’ educational experience and immeasurably enhanced their prospects for successful careers.

During his Presidency, Adrian was a founding member of what is now the influential statewide association known as APC Colleges. He spent a great deal of time in Albany working with New York State officials on advancing the proprietary sector of higher education. He also went on to serve as a Trustee and member of the Executive Committee of the Association of Colleges and Universities of the State of New York and he was active in several higher education professional organizations.

Perhaps the boldest, and most memorable, move Adrian made on behalf of the College was his purchase of the Townhouse at 12 East 53rd Street. He bought the Townhouse in 1964, and in 1965, the College left its rented premises around the corner on Fifth Avenue and moved into what has become both its most iconic location as well as its spiritual home.

As President, and later as President Emeritus and a member of the Board of Directors, Adrian G. Marcuse considered the students, faculty and staff who made up the LIM College community to be extended members of his own family. This legacy is one of the pillars of LIM College’s culture — a strong sense of community and caring that exists to the present day. 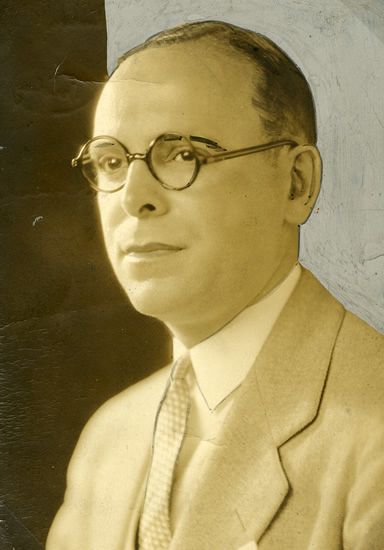 During his lifetime, LIM College founder Maxwell F. Marcuse was an exporter, an advertising director, an author, and a retail and marketing educator. His life experiences and connections in the retail industry culminated in 1939 with an idea for a new and experiential way of teaching. The foundation he laid has resulted in the education of thousands of LIM graduates in all areas of the business of fashion and its related industries.

After graduating with a bachelor’s degree from the City College of New York (CCNY) in 1915, Maxwell joined the U.S. Customs Service as an assistant to Surveyor of the Port of New York Thomas E. Rush, who gave Maxwell glimpses into the importance of New York City in international commerce and trade.

During his years at Oppenheim, Collins & Co., Maxwell began his foray into the world of higher education. In 1926 he helped CCNY’s president promote legislation creating the Board of Higher Education of the City of New York. He was appointed a trustee of that board in 1929 and served for six years, becoming well-versed in education issues from the administrative and legislative points of view. He gained a teacher’s perspective as well by lecturing on advertising and retail at CCNY.

Executives from NYC’s largest department stores (including Gimbel Brothers, Saks, R. H. Macy & Company and Bloomingdale’s) recognized Maxwell’s unique background and challenged him to solve the problem of the lack of organized training programs for retail employees. Confident he could respond to that challenge, Maxwell’s idea of what would become LIM College came in response to the industry’s needs.

Maxwell believed a cooperative education experience was the perfect approach. He was a pioneer in combining classroom teaching with on-the-job work experience, while his industry connections offered a wealth of opportunities for guest instructors and internships.

In 1939, what was then known as the Laboratory Institute of Merchandising (LIM), and would later go on to become LIM College, opened at 45 West 34th Street. As articulated by Maxwell F. Marcuse himself, LIM’s prime objective was to “train young women…and to place them in lines of activity which lead to the more interesting and the better paid positions in the fashion merchandising field. This highly practical training…enables graduates to progress rapidly into the more responsible executive positions.”